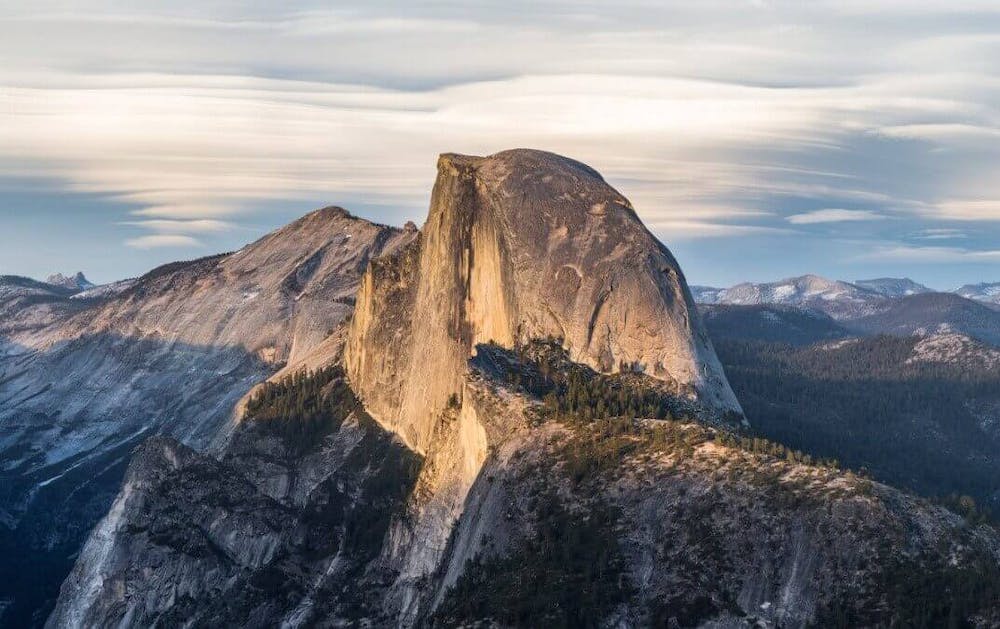 There are many adventure sports out there that get the heart pumping. While they’re all scary, some are certainly deadlier than others. This article outlines five of the most dangerous extreme sports in existence.

If rock climbing isn’t nerve racking enough, some people choose to scale incredibly high cliffs – sans safety gear or a harness. Located in California, USA, Yosemite National Park is a favoured location for climbers of all levels – including those who prefer to free climb. The Regular Northwest Face route of Half Dome is a popular choice; ascending 2,224 feet, this cliff face can take a couple of days to climb and is sure to test your nerve. There are no injuries when free climbers fall from half dome – only death.

Yes, you do have a parachute – but that’s it.

BASE jumping (which stands for the objects from which you can jump: building, antenna, span and earth) involves leaping from heights – often cliffs – before freefalling and then opening your parachute to land as the ground draws near. The trouble is that parachutes don’t always work and the human body (and mind) can also fail you when falling from an immense height. While an unofficial figure, it’s believed that around 1 in 60 base jumps result in death. It’s more dangerous than skydiving due to being performed at lower altitude – participants have far less time to organise their parachute should something go awry! 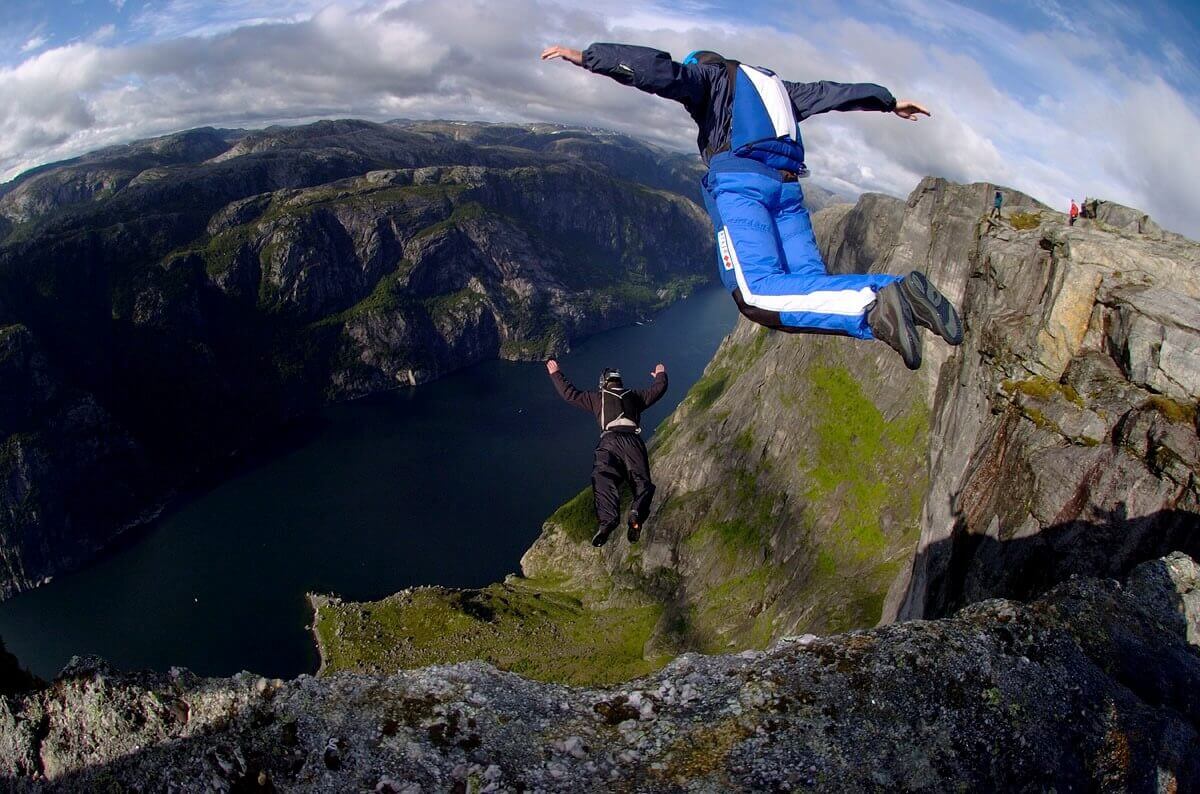 It’s thought that one in sixty BASE jump participants die.

If the ocean isn’t deadly enough already with sharks, rips and rocks, some surfers choose to get out there and take on some ridiculously big, heavy waves.

From Cortes Bank on the outer edge of California’s Channel Islands chain (where Shawn Dollar set a world record for the biggest paddle-in wave at 61 foot), through to the aptly named Jaws on the north shore of Maui and the Tahitian monster known as Teahupoo (which loosely translates to ‘place of skulls’), only hard-knuckle surfers need apply.

Many of these waves are shallow reef breaks, meaning if you don’t make it then you’re going to find yourself between a wall of water and a very hard place. 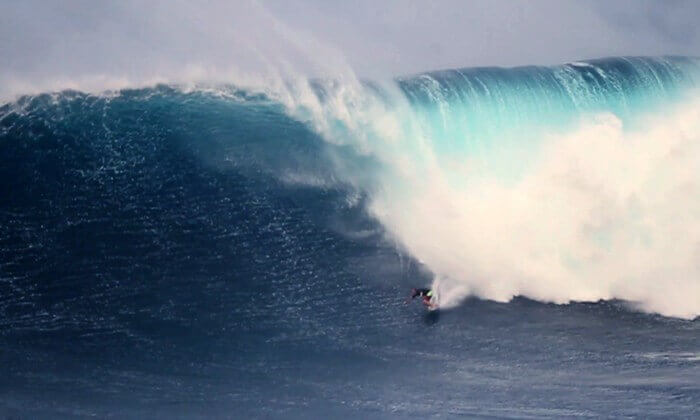 Hawaii’s aptly named ‘Jaws’ is one of the deadliest waves out there.

Here in Australia, one of the freakiest waves is off the coast of Esperance, WA. Known as Cyclops, it is Australia’s heaviest wave and arguably one of the most hyped (yet least surfed) breaks in the world.

You know, the rapids that most kayakers generally avoid at all costs.

Steep rivers and waterfalls are common features of creeking courses and the danger lies between the rocks; if a kayaker capsizes, there is a risk of being knocked unconscious or becoming trapped between rocks underwater. In both cases, drowning is a very real possibility! 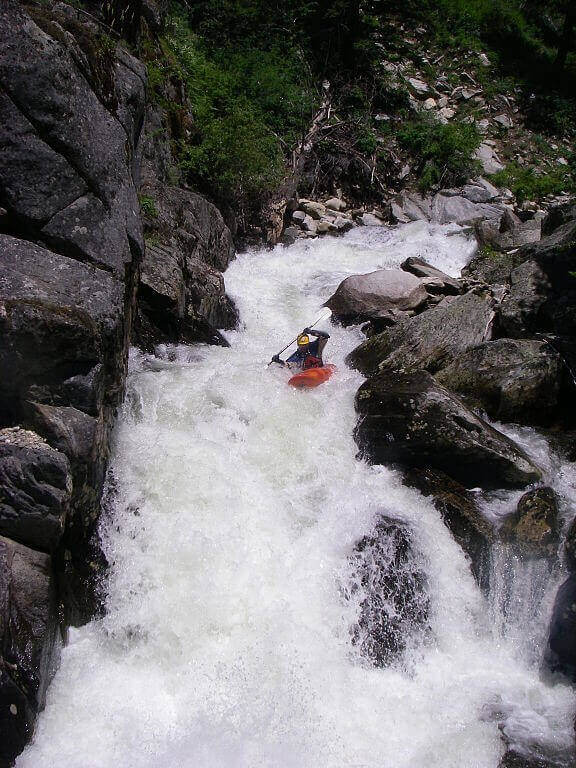 Creeking poses a very real risk of drowning should you capsize.

Often dubbed the ‘most dangerous eight seconds in sport’, bull riding is a rodeo event where a rider must stay aboard a bucking bull for eight seconds. Bull riders have the highest injury rate of any rodeo sport; there is a good chance of getting seriously hurt. Not only is there the inevitable fall, but also 600-900 kilogrammes of bull to contend with afterwards. 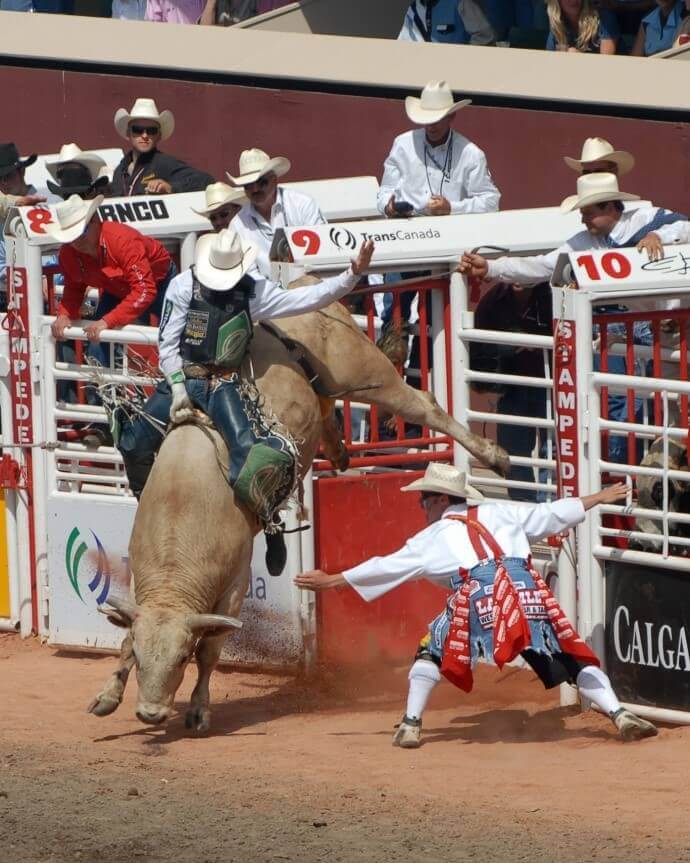 Bull riding comes with a very high risk of injury.

Looking for something with less risk attached?

Highly dangerous sports aren’t for everyone, even those who love the feeling of adrenaline. If you’re looking for an adventure-packed sport that’s challenging – yet doesn’t bring you within inches of death itself – then consider rap jumping.

At Rap Jumping we have a 100% safety record, which is far more appealing than the records offered by the sports listed above. Whether you choose to abseil or tackle our trademark backwards rappel, there’s no better way to face your fears in a safe environment!