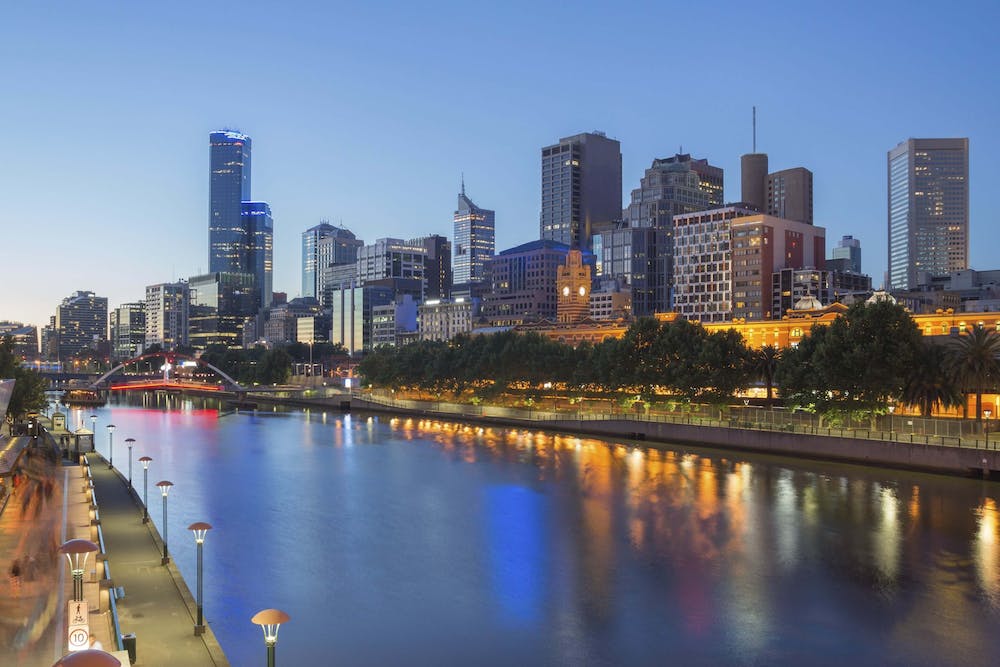 Melbourne is the second largest city in Australia and has been affectionately coined “Marvelous Melbourne” by the people who live there. Due to a large number of parks and gardens, it is also often called Australia’s garden city. Melbourne is a vivacious city full of culture and history. It’s no wonder that tourists flock to the modern metropolis to relax, rejuvenate, and to explore. Melbourne is located near Port Phillip Bay on the banks of the Yarra River so it has some grand views and water centred attractions. It offers elegance and wonder to each visitor at every stage of life. Tour the numerous historical sites in the metropolis or take a stroll through the lush greenery of the Royal Botanical Gardens. It would take several visits to actually discover all that Melbourne has to offer. So where is the best place to go for a tourist in Melbourne? What are the must-see attractions? There are several choices, each just as marvellous as the one before it. Here are eight choice options, but there are far more.

What?? You got it. Rap Jumping is a highly developed form of freestyle rope work. It has been deemed as the ultimate experience and is quickly gaining in popularity. Rap Jumping was first commercialised back in 1989 and has only gained momentum since. People have travelled all over the world to rope down a building. There are introductory courses for the less experienced in abseiling. Then there is the ultimate experience. All 100% safe and sure to thrill.

Nobody can visit Melbourne without stopping at Federation Square, in fact, that’s where most people start. It opened back in 2002 to commemorate 100 years of federation. The chic design of open and closed juxtaposes give off a flare of Victorian Architecture. Federation Square hosts more than 2,000 venues annually. It is the largest Wi-Fi spot in Australia and attracts thousands of visitors annually.

Melbourne Cricket Ground is often touted as one of the grandest stadiums in the world. Visitors can often catch a game of cricket during the summer months and football in the winter. Seventy-five-minute tours are offered daily for guests. The 1956 Olympic Games were held at the Melbourne Cricket Ground and it often doubles as a venue. Many concerts are held there during the year.

The Eureka Tower is a popular attraction that stands a whopping 91 stories above ground. Skydeck is located on the 88th floor and is the highest public lookout in the southern hemisphere. The towers were named after the Eureka Stockade and their gold plated windows still sparkle in the sun. There is just something about climbing up to the 88th floor and taking in the view.

This modern museum is home to a diverse collection. Explore life from natural environments to cultural history. Included in the gallery is a series of thought-provoking, hands-on activities meant to engage children. It even offers a romp and stomp fun day for children. The Royal Exhibition Building sits across from the Melbourne Museum. This building was built in 1880 and held the first Commonwealth Parliament of Australia.

No trip to Melbourne would be complete without a trip to the Melbourne Zoo. It is home to over 300 different species of animals for the public’s viewing pleasure. The zoo offers visitors many unique experiences including the ‘roar and snore’ and twilight music concerts. It even offers some behind the scene tours of certain enclosures. People of all ages enjoy visiting the Melbourne Zoo.

Docklands is a waterfront satellite village filled with cafes and restaurants. There is always something to do here. Just minutes from the city’s centre, it offers the highest concentration of green star rated buildings in the hemisphere. Docklands also offers a world-class ice sports venue and giant observation wheel. Many Sundays it hosts an art and vintage market as well.

As you can see there is no shortage of popular tourist attractions in Melbourne. People visiting Australia often stop in Melbourne and end up staying. The rich city of Melbourne has so much to offer it can’t all be seen in one trip. There are other points of interest such as Finders Street Station and Parliament house that is certainly worth a visit. Melbourne is a city rich with diversity and cultural history. There is something here for the whole family. The atmosphere in Melbourne is so vibrant and packed with attractions. From a modern metropolis to lush rolling hills, Melbourne has it all.

If you are planning a trip to Australia, it may be a good idea to take extra time in Melbourne. Do a little research and plan your activities too. There are just so many options you’ll likely miss something if you don’t. Make a list of the most important attractions to visit and label them in order of priority. It’s pretty likely you get thrown off track by something you find along the way. We seldom find a place with as much to offer as the city of Melbourne. Hence the name, Marvelous Melbourne. There is a reason why it stuck. Now all you have to do is find a place to stay. Good luck with that.

Starting at $150 | Now with five times the rappelling!

Starting at $99 | Conquer your fear of heights!